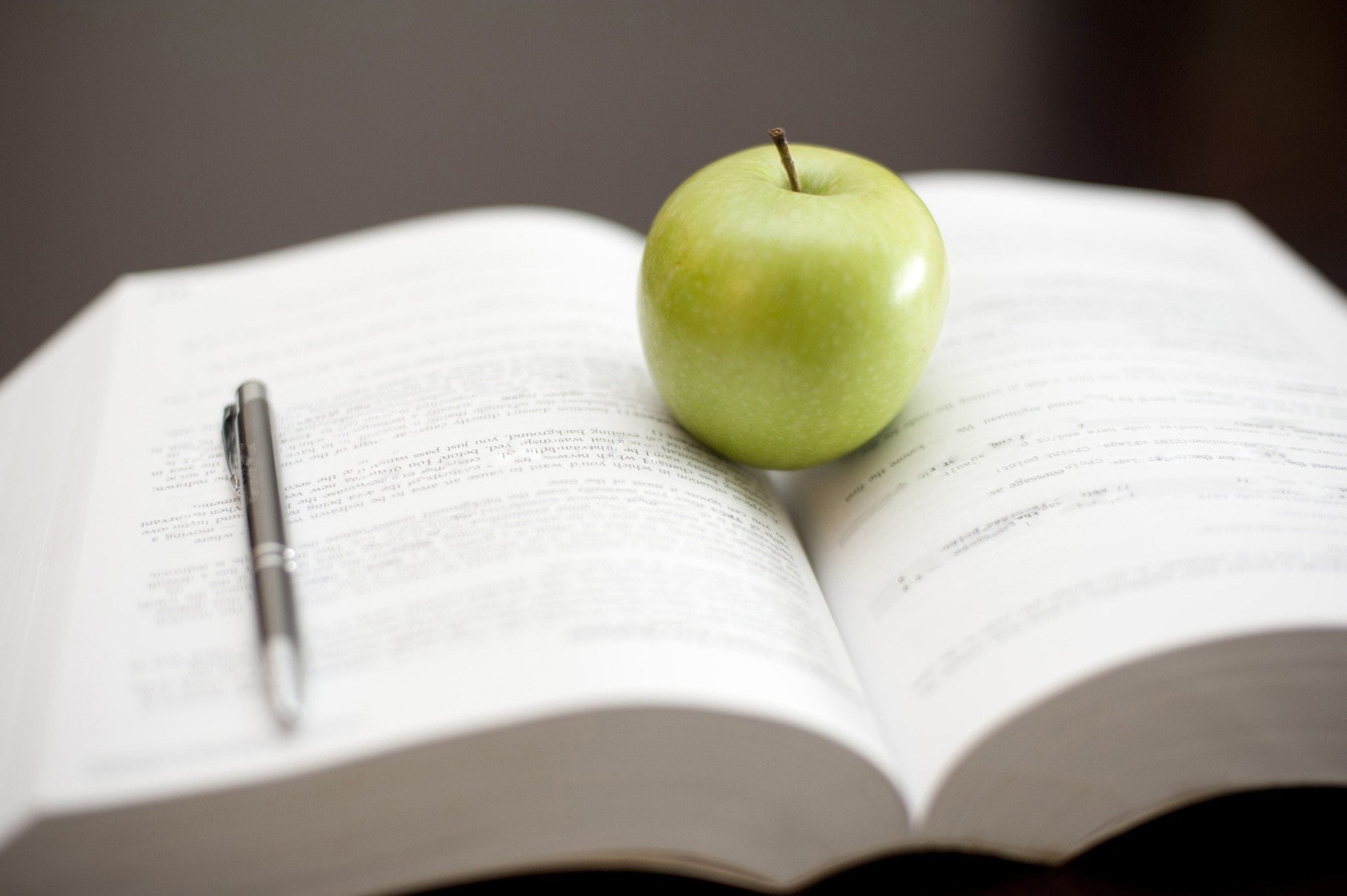 Successful students take ownership of their learning. While some fear that students owning their learning may be too much responsibility, this article shows that it can actually lead to freedom. When I was a freshman college football player, I was placed on the depth chart behind another player who was the coaching staff’s crown jewel recruit.  This player heralded from a powerhouse football program and was clearly bigger, faster and stronger than I. As the year progressed, the top recruit practiced with the starters, while I was left on the “Kodak” team, which was supposed to provide a picture of opposing team’s defensive plays for our offensive starters. Our job was to mimic the opposing team as much as possible. The coaches told those of us on the Kodak team that if we worked hard, we’d get an opportunity to move up on the depth chart. Most of us considered this lip service because rarely did a player move up. Discouragement came with the territory.  We were essentially tackling and blocking dummies for the starters. Many players felt trapped and powerless to change their circumstances. Some eventually quit playing football, while many others simply resigned themselves to being a long-term Kodak player. When away from the first and second team players, the Kodak team would have full-blown pity parties, commiserating about how the coaches were not fair.  We convinced each other that we were better than the guys in front of us. But none of the members of the Kodak squad did anything to prove it!

I distance myself a bit from my fellow “Kodakers” because I saw things slightly differently. I believed, no, I held a fervent conviction that I controlled my own future.  I took complete responsibility for not playing.  Of course, I didn’t go around blabbing this to my disheartened teammates.  But I definitely felt it!  My conviction led me on a different path from my similarly underskilled peers. While they were willing to settle, to remain Kodakers, I was not. I got busy reinventing myself so that I could change my circumstances. I began a self-initiated, self-managed fitness regime. I stuck to the team’s required workouts. However, quietly, while off the field and away from my teammates, I worked harder than I ever had, even working out at all hours of the night.  At the time, I worked as a dishwasher at a restaurant and a bouncer at a nightclub. I’d get off work at midnight or later and head straight to the football field, running its length over and over. My friends would come home from parties and see me all sweaty, getting a late night/early morning workout. Within a year, I transformed my body and, more importantly, my mentality into a college football player.

I didn’t realize what was different about me at the time. I didn’t know why “something” inside me fought to change my circumstances rather than accept them. I didn’t get why my friends found comfort in hatching up conspiracy theories about why they weren’t getting more playing time. Not starting was never an option that crossed my mind.  It was just a matter of what I needed to do to emerge as the starter.  Reflecting on it, the five italicized words in the previous sentence were the difference. I had what psychologists called a high degree of self-determination or personal agency. I also understood something about football. Coaching is about relationships, and all relationships hinge upon trust.  In order for a player to become a starter, he must earn his position coach’s trust.  Coaches essentially place a seal of approval on a player by naming him as the starter. The coach is communicating to the staff and the team that this player can be trusted.  Even though I had improved as a player, I knew getting noticed would be very difficult because the coach had placed his confidence in another player. I couldn’t be just as good as the guy in front of me. I had to be noticeably better. Further complicating matters was that I sparingly got the opportunity to shine before my position coach because he was coaching the starters, while I was on the other field on the Kodak team with the offensive coaches. Naïve as I was at that age, I developed a simple, empowering strategy to become a starter: I was determined to play so well against our offensive starters that the offensive coaches would begin questioning my position coach about why I was not playing. Well, this began to happen, and about halfway through my sophomore year, I was named the starter and kept the starting role for the remainder of my college career. The perspective that carried me through my adversity falls under what psychologists and sociologists call Locus of Control theory. Coined in the 50s by psychologist Julian Rotter, the theory addresses the degree to which persons believe they control events in their lives. According to the theory, there are two types of locus of control: internal and external. My story demonstrates an internal locus of control. I believed I had a high degree of influence over my circumstances. While external factors played a role, I believed I played a greater role. The data collected from our metacognitive peer tutors suggests that struggling students tend to operate from an external locus of control.  This diagnosis is based upon tutors’ reports that the most common challenge for their students is that they “feel overwhelmed by the amount of work they are required to do,” as the bar graph below illustrates.

Feeling overwhelmed is common and perhaps necessary in college.  However, many of our tutors reported that their students felt defeated and often blamed their professor(s) for their poor performance. (I provide a vivid example of my encounter with a student blaming his professor for his academic struggles in How Educators Can Get Glowing Course Evaluations from Students (Even Struggling Students) in Rigorous Courses). Furthermore, students lacked empowering strategies to overcome their academic obstacles. Defeatism and blaming external factors for academic shortfalls are not the real problems; they are byproducts of an external locus of control. These students lack sufficient agency. As mentioned in article II of this series, agency refers to, “students’ capacity to operate independently, and the degree to which students believe they control their learning, rather than their learning being controlled by events outside of their governance.” Students must take charge of their own learning. This entails accepting that they are agents of their own thinking (Hacker, 1998). Therefore students must, for example, take responsibility for interpreting tasks.  This doesn’t absolve educators from their professional responsibility for clearly communicating tasks, but it does demand that students seek ways to affect their situation before pinning blame on educators. So how does all of this apply to tutors? Research is clear that people with an internal locus of control exhibit several characteristics that correlate with high academic performance. They include: Studies have repeatedly linked students’ sense of agency to metacognition. Developing self-directed, independent thinkers and learners, a fundamental educational goal, is much easier when students operate from an internal locus of control. Metacognitive tutors help students become active agents of their own thinking and learning.  As always, the first step is creating awareness of the issue within students. The image below is a sample of prompts tutors may use to determine whether their students operate from an academic external or internal locus of control . The left side features statements that provide windows into students’ sense of agency. The statements in red indicate an external LOC, while those in green are consistent with an internal LOC. (You see the same among educators.  I will touch on this in the next article.)

Note that perspectives based upon an external LOC (reflected in red) allow students to discount their role in improving their academic situation. It is quite discouraging. On the other hand, statements that flow from an internal LOC empower students to change their circumstances.  These statements reflect a healthier position. In essence, the student is saying, “I see this challenge, but it is within my ability to fix it.” This is what Dr. Carol Dweck calls a growth mindset; it is a common mentality of successful learners (Dweck, 2008). If a tutor is dealing with a student with an internal LOC, then the tutor can proceed with providing metacognitive and cognitive assistance. However, if a student has a small measure of personal agency, then the tutor must first bring this to the student’s attention. As the student becomes aware, the tutor uses a variety of metacognitive knowledge and monitoring activities to promote a greater sense of agency.

Another approach that can assist students in developing an internal LOC is to help them recognize an area of life in which they have personal agency and then guide them in transferring this perspective to their academic lives. It is quite possible that a student is operating from an internal LOC in other areas of his or her life, but not in an academic context. It is also possible that a student has operated from a position of strength in previous academic contexts or does so now in a different academic situation. In either case, by making students aware of the role that an internal LOC has had on their sense of motivation and determination, tutors can pave the way for students to develop this viewpoint in their academic lives. Consider my athletics example. I honestly don’t know if my passion for football and fear of failure created the conditions that developed my internal LOC or if my locus of control was dormant and became activated through football. I will be sorting that out for the rest of my life.  I do know, however, that having personal agency forced me to look internally to solve my problems before looking externally. It empowered me, and tutors are seeing it empower their students.