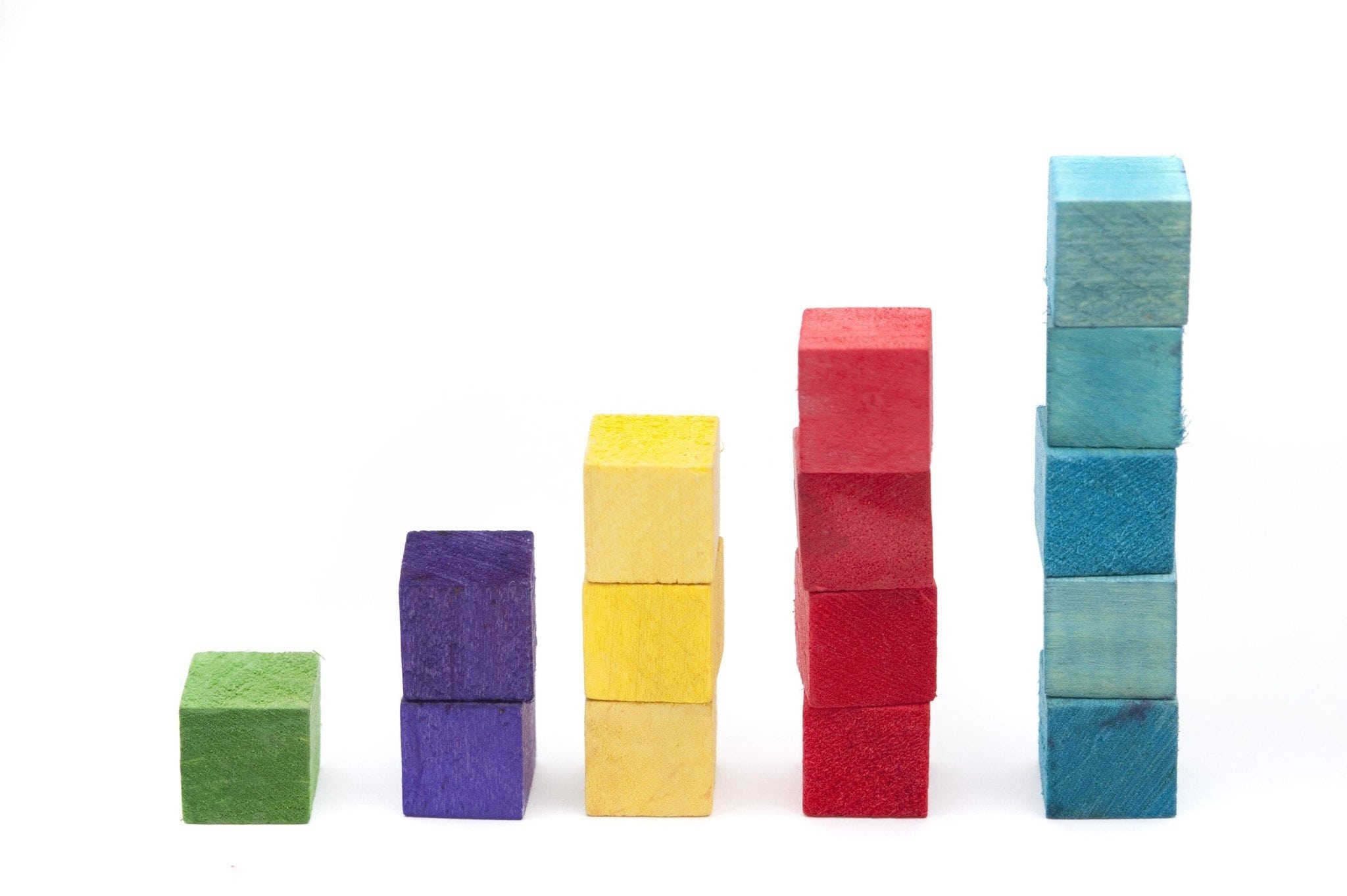 As Harry Connick, Jr’s Christmas classic goes, “It’s the most wonderful time of the year!” This is the time when students evaluate their professors’ effectiveness. Ok, it won’t be so wonderful for many teachers. It’s a safe bet that many professors will be ruthlessly verbally assaulted by their students on their evaluations. It’s become far too common for professors to read their course evaluations with a box of tissues and a bottle of wine. I am certain that professors are better educators than their evals reflect, but how do we get students to value their professors’ contributions to the teaching and learning relationship? And how can we ensure that students express this value on their evaluations, even if they struggled in the course?

Some of the struggles students encounter are useful and necessary. For example, they may have difficulty grasping a particularly unfamiliar and complex concept. However, other struggles are unproductive and unnecessary. My interaction with a young biology major named Marcus offers an example of a common unproductive struggle. Marcus is a studious and hard-working student.  However, he was unable to make a grade higher than a “D” in one of his science courses, despite spending countless hours studying each week. I asked Marcus if he thought his professor was an effective teacher. He passionately responded, “I don’t know why I’m paying so much tuition here. The teacher doesn’t teach. And, she tries to trick us on the exams.” He went on to say, “I don’t mind doing the work; she just needs to tell me what I need to know. But instead, she talks about one thing in class and none of it is ever on the test.” Marcus was needlessly floundering because he lacked a proper understanding of the differences between his professors’ and his role and responsibilities in the teaching and learning relationship. One brief conversation could have quickly allowed Marcus to overcome this obstacle. Instead, he and his peers probably expressed these and other more colorful thoughts on the professor’s evaluation. But does this mean that the professor did a poor job teaching the course? Consider this example: A couple of years ago I participated in a focus group in which students were asked to provide feedback about a very demanding course. The students said things such as, “This is the most work I’ve ever done in a course,” and “This course is a beast!” But they also said, “I learned so much in the course,” “This course made me change how I think,” and “Even though this course was hard, I would recommend it to other students.”

What was the difference between these two scenarios? In the first example, Marcus did not understand the roles and responsibilities of student and professor. He did not see growth in his struggle; rather, he believed — and I mean wholeheartedly believed — that his professor took pleasure in “tricking” him (a common misconception among college students). In the second scenario, the students viewed the work as worthwhile, even though it was rigorous and time-consuming. Recently, the university in which I work has been conducting student focus groups for our Quality Enhancement Plan (QEP), which is required by our accrediting body. While evaluating the impact of our revised First Year Experience program, my colleagues and I realized that students who took the course two years ago now rated the course very favorably being two years removed from the class. However, they are some of the same students who trashed the course and the professors in the post-course evals when these young people were first-year students. Hearing and reading the students’ positive comments about a course toward which they’d expressed hostility two years prior brought back memories of conversations I’d had with the professors who taught those courses. Some of them were horrified by their evaluations. Some cried! Others vowed never to teach an FYE course again. But looking back, it seems that the students’ initial assessments did not reflect the true value of what they’d received. Unfortunately, there are no “do overs” in evaluations. Those professors were robbed of an important component of their compensation: the feeling of reward that comes from designing and delivering a great course!

Four Rs of Teaching and Learning

With this in mind, I began thinking about how educators can get positive reviews from their students. Instructors must understand and employ four Rs that are essential to the teaching and learning relationship: Relevance.  Courses must pass the relevancy “smell” test. This is when students implicitly ask themselves, What does this course have to do with me? Why is this material needed? How is this stuff going to help me? You may be familiar with the saying, “No one cares how much you know until they know how much you care.” This statement holds true in the classroom. However, caring does not equate to hand holding. It means that educators must make their course useful to students. Content is deemed relevant when it connects to students in a meaningful way. Below are a few ways to enhance a course’s relevance in the eyes of students:

An example of making content relevant is when I began developing workshops for our athletic teams. I anticipated that many of the student-athletes who needed help most would not be inclined to listen. So instead of covering the standard study strategies stuff, I shared with them ways that the cognitive skills they were using in sports could be applied to their academic courses. Furthermore, I showed them that exercising these skills in class could improve their athletic performance. This application made their academic courses and the skills needed to succeed take on a whole new level of importance. Not coincidentally, our athletic program has led our conference in academic performance two years running. (The following links will share more information on the institution in which I work’s recent athletic success: Article: Dumb Jock Myth Dispelled: Academic Success Helps Fuel Football Team’s National Championship Run: http://wp.me/p3GGxn-uj, PDF Documentation: http://goo.gl/AFnoP9)

Resonance: Relevance is about the message. Resonance is about the delivery. Scientists and supporters of their research have spent decades trying to push climate change into the nation’s (and world’s) consciousness. They’ve published countless articles and made their case on numerous news shows. However, these efforts have failed to move the needle. Their work was largely unknown to the public until it was put in story form in An Inconvenient Truth, which is basically a super-charged PowerPoint presentation. The same message delivered differently forever changed how people see the world. Professors have important, potentially life-shaping information to share with students. Yet, too few present their information in ways that resonate with students. Being a professor demands countless hours researching content, but being an educator requires thinking about the best ways to deliver the content.

Rigor: Contrary to contemporary belief, students want to be challenged. That’s worth repeating: Students want to be challenged. Rigor refers to work that is academically, intellectually and personally challenging. There is no sense of reward without a rigorous challenge. There is nothing worse than going to a class and getting nothing out of it. Even worse is going to a class that has a heavy workload, but the material does not stimulate growth. The best way to understand rigor is through the lens of the final “R” – Reward. Students’ receptiveness to rigor is highly dependent upon the perceived and experienced reward.

Reward: There is an old saying in public speaking: Tell em’ what you are going to tell em’; tell em’; then tell em’ what you just told em’. There is a lot of wisdom in this saying. Let’s explore this a bit.  Tell em’ what you are going to tell em’ — Translation to academic teaching: Create your students’ expectations. Educators are much more likely to meet students’ expectations when they create them. In other words, plainly and concisely communicate to students what they can expect to get out of the course. This should not be limited to the content; it should encompass the dispositions, intellectual skills and cognitive functions that the course is designed to assess and expand. Consider a concise, well-timed statement such as the following:

Now that our FYE professors deliberately share with students what they should expect in the course, their evaluations are more favorable. This isn’t rocket science; it is a matter of calibrating students’ expectations.

The reward is a bottom-line metric. It’s not a coincident that the word “evaluation” has the word “value” at its root. By making content relevant, delivered in ways that resonate, and ensuring that it is equally rigorous and rewarding, educators can be assured that, after they’ve finished the course, more students will deem the course and their teacher favorably. Then professors can cry tears of joy and pop champagne in celebration! It truly will be the most wonderful time of the year!