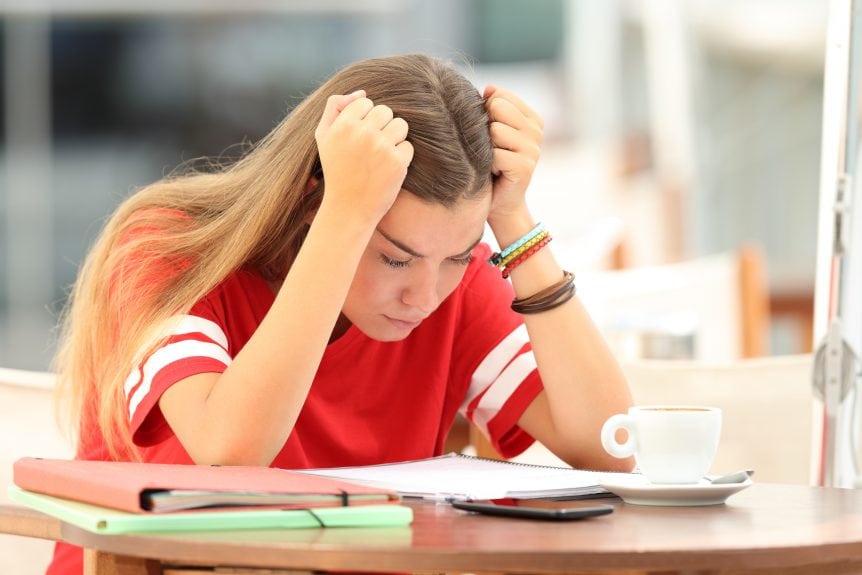 Have you ever felt trapped in a relationship with someone you didn’t want to offend and used the "It’s not you; it’s me" line to break up with the person in the nicest way possible? It’s so effective, isn’t it? It allows us to reject people while completely disarming them at the same time. It’s the perfect break-up phrase because there is no comeback. What can the recipient say? “No, it’s not you. It’s me.”

Well, when college students are stuck in transition traps, they, too, play the it’s not you; it’s me card. It most commonly shows up in exit interviews and sounds something like this: “I can no longer afford to attend here.” The sub message to the institution: there’s nothing wrong with what you’re doing. My circumstances simply won’t allow me to continue my education here.

When you consider the astounding fact that the college dropout rate is now higher than the high school dropout rate, it’s time that we unmask this effective tactic.

Students leave school because, from their perspective, the emotional cost of staying far exceeds the benefits of staying. Of course, some students experience circumstances that require them to temporarily or permanently stop attending school. But in many instances, students are feeding institutions the old get-out-of-the-relationship-penalty-free line to hide the genuine reasons for their departure.

Don’t take my word for it. Listen to the authors of a recent study on the real reasons why students leave college. According to researchers, most students (66 percent) don’t leave college for financial reasons. Students leave “because classes aren’t going well” for them, and they don’t know how to study.

Why are students hiding the real reason they are leaving school? Because they’re trapped in an emotional tailspin called the failure-frustration cycle. It’s a reactionary process whereby students react to underperformance with actions that they think will solve their academic woes. They double or sometimes triple their efforts only to see minimal, if any, improvement. They then conduct an emotional cost-benefit analysis in which they weigh the accelerating cost of emotional pain with the subsequent marginal academic gains.

When students deem that the cost far exceeds the benefit, they make a rational decision to discontinue or pause their educational pursuits. Leaving isn’t a segue to better and brighter things; it’s a rational attempt to escape the emotional pain of failure.

The following illustration shows the early stage of the failure-frustration cycle. The failure-frustration cycle often stems from students being caught between workload traps and cognitive traps. (Click here to view more about these traps.)

When students try to adjust to the increased workload that college presents by studying harder and longer without making the proper cognitive changes, the failure-frustration cycle is triggered the.

Consider Mary, a student I met in 2014 at Lenoir-Rhyne University in Hickory, NC. Mary was attempting to boost her grades for admittance into a medical program. Over the years, Mary had tried various solutions, including recording her classes so she could listen to lectures a second time and keeping tutors on retainer to ease her anxiety that she would miss something important. None of these had fully solved her problems.

I first encountered Mary in the campus library where she was in full desperation mode. She had recently quit her job and dropped all courses except the one she needed to get into the medical program. She was literally rewriting her textbook in her own words! When I asked her why she was doing this, she stated she was doing it to improve her reading comprehension skills.

Mary was in the midst of the failure-frustration cycle. Her costs were high and getting higher each day, yet her benefit remained the same.

I invited Mary to attend a Transforming Good Students into Great Learners workshop, a four-part series that I held each semester for hardworking students who struggled in rigorous courses. The series showed students how to replace well-intentioned yet ineffective practices, such as Mary’s rewriting of her textbooks, with more productive study methods.

Mary found the Textbook Navigation segment especially helpful. She learned how to divide textbook content into local outcomes and global outcomes, and to consolidate the overwhelming number of terms and topics into a few verifiable overarching principles.

Here’s a video of a male student discussing how a particular part of the Textbook Navigation technique helped him excel in a nursing program. (Unfortunately, there are no recordings for the year Mary participated.)

Similar to the student in the video, Mary was able to extract more useful information from readings while reading less and taking fewer notes. Most importantly, she made the grade she needed and was admitted into the program.

Mary graduated in 2016 and is now thriving in medical school.

If Mary had been denied entry into the program, she probably would have left school, citing “financial reasons” for leaving. She likely would have told a convincing story about how she had to quit school because she needed a job, completely excluding the important fact that she would not have had to quit her original job if classes had been going well.

Mary’s account would have been the perfect break-up story, allowing the school and her both to save face.

Can you hear her exit interview? It’s not you. It’s me!