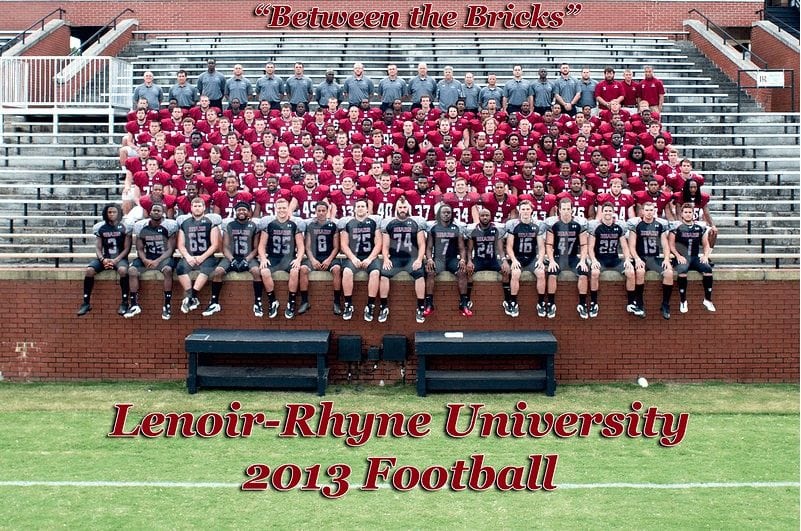 I’m writing this article as the Lenoir-Rhyne University (LRU) football team prepares for an NCAA Division II National Championship game against Northwest Missouri State University on Saturday, December 21, at noon (EST).  The game will be televised live on ESPN 2.

You’re probably thinking: Good for them. Now what does this have to do with learning or The LearnWell Projects?

As many of you know, I am an associate dean at LRU, and much of the initial development of The LearnWell Projects took place at Lenoir-Rhyne.  You may have seen videos or participated at webinars in which I applied the ThinkWell-LearnWell Diagram to academic disciplines such as chemistry, English or math or academic tasks including writing, reading comprehension and studying.  However, I’ve used the diagram, along with other major concepts of The LearnWell Projects, with our student-athletes for the past few years.

In July 2011, I was tapped by a group of faculty and administrators to lead the university in transitioning from a decentralized student-athlete study hall model that was managed entirely by the athletics department to a centralized model that included collaboration among athletics, student affairs and academic affairs.

This decision was made in part due to the perpetual rift between faculty and coaches over institutional priorities. In addition to structuring the study hall program, I saw this as an opportunity to improve the academic performance of our student-athletes and perhaps ease the tension between professors and coaches. (At a later date, I hope to compose a follow-up article detailing some of the specifics of the program.)

I conducted academic workshops with each athletic team. But these were not your typical time management, study strategies and learning styles workshops. These workshops were uniquely tailored to fit each respective team’s interest and identity. I used the ThinkWell-LearnWell Diagram as a framework to help our student-athletes understand the stages of thinking and learning that they’d been using in their sport.  I then helped them realize how these thinking skills were actually creating the conditions for their athletic performance. A team of trained peer-tutors and I reinforced the workshops by providing direct explicit applications throughout study hall.

What was the impact?

For the past two years, LRU has led the 14-member South Atlantic Conference schools in student-athletes who make it onto the Commissioner’s Honor Roll (3.30 minimum GPA).  The football team actually has doubled the number of players who achieve the honor of being on the roll for two straight years.

What does this have to do with Saturday’s National Championship game?

If you happen to tune into Saturday’s game, you will quickly notice a substantial size disparity between the two schools.  The Lenoir-Rhyne Bears are much smaller than the Northwest Missouri Bearcats. This has been the case for most of the Bears’ games, particularly in the playoffs.  If LRU wins, we will be the first private institution to win the Division II National Championship.

In addition to being gifted athletes and being coached by wonderful mentors, the Bears have been playing with another surprising advantage throughout the season. They have learned how to use their thinking skills to enhance their athletic performance. Here are a few of the skills that the Bears have developed:

These are just a few of the ways we’ve worked with LRU football players and coaches to impact the players’ academic performance.  We are excited that these student-athletes are indeed being students and athletes in the fullest sense of both terms! So, even if you don’t have rooting interest in the game on Saturday, pull for the Bears anyway as they are doing great things both on and off the field.

Win or lose come Saturday, the bears will leave the field even more convinced that academic success and athletic success go hand-in-hand!